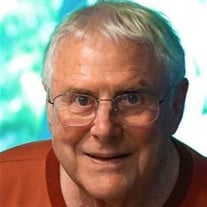 Born in Raritan Township, NJ on June 6, 1936, Neil Corona was the third of 5 children of Edward and Theresa Corona. Raised by Italian parents in a home in Flemington, NJ that was affectionally referred to as Bartles Corner, Neil and his brothers Artie and Eddie and his sisters Angie and Linda had a childhood filled with lots of laughter, incredible food and many, many Italian aunts, uncles, cousins and friends constantly coming by to visit. The 5 children were always very close and Neil loved retelling the many hilarious stories of growing up in a large family. He was fiercely proud of his Italian heritage and his rich family history. He grew up loving the NY Giants and the Yankees and was himself an impressive high school football and baseball player. He had season tickets to the Giants before it was "cool". After serving in the army from 1956-1958, Neil worked at and eventually owned a small business, Corona Bros., in Hunts Point in the Bronx for 45 years, until he was 67. Here he made friendships in a place that was far from friendly. Hunts Point was a rough and at times scary place to go to work every day. But Neil did it without complaint, in every type of extreme weather, leaving for work before the sun rose and taking phone calls through the night. No responsibility was more important to him than to provide for his family. In 1962 he met the woman who would be his wife for 51 years, Carole. They met in New York City when they were both living on Carmine Street in Greenwich Village. Carole was a Penn State Alumnae and that is when Neil adopted Penn State as his college team. It didn't hurt that a few years later that an Italian American from New York became the coach. Neil and Carole were married in 1965 at Our Lady Of Pompeii on the corner of Carmine Street and Sixth Avenue, moved to the Bronx for a few years and eventually to New City, NY where they laid down their roots. Their children, Stephanie and Michael, were beneficiaries of Neil's unwavering love and devotion. Neil was the kind of man who took care of everything. He took care of his family, his home, his friends and neighbors and his cars (which he took great pride in looking like brand new even when they were 12 years old). He would make sure his neighbors' driveways were clear after the snow. He would bring home the freshest and best fruit from work and leave it on the doorsteps of his neighbors' homes. There was no favor too big for Neil, nothing that he would not offer to help with, nothing that he would ever accept anything in return for. His generous heart and spirit are his true legacy. In 2005, Neil's daughter gave birth to his first grandchild, Jake. Neil, now retired, took care of Jake as an infant while his daughter went to work. Jake was 11 weeks old when put in the care of his Poppa. Being able to spend that time with his grandson was one of the highlights of his life. He never once tired of this immense responsibility and when his daughter announced her family was moving to North Carolina, Neil and Carole said they were, too, without hesitation, as long as he could still get the Giants, Yankees and Penn State games on tv. His granddaughter, Julia, was born in the South and she had him wrapped around her tiny little finger. Neil's greatest loves, his wife Carole and his children Stephanie and Michael, son-in-law Glen Knichel and grandchildren Jake and Julia were the true source to Neil's happiness and joy. Sundays with the family and the game on the tv were the small moments of his life that filled his heart. Neil fought bravely against esophageal cancer. He lost his struggle on May 7 with Carole and his children by his side. He lived a great life, he was a great man, a stand-up guy. He will live on in the hearts of his family and his friends. A funeral Mass will take place at Saint Michael the Archangel Catholic Church, 804 High House Road, Cary, NC on Wednesday, May 10, 2017 at 1;30pm. The family will receive friends for one hour prior to the mass. Burial will take place at Wake Memorial Park,7002 Green Hope School Road, Cary. In lieu of flowers, donations can be made in Neil's name to the American Cancer Society.

Born in Raritan Township, NJ on June 6, 1936, Neil Corona was the third of 5 children of Edward and Theresa Corona. Raised by Italian parents in a home in Flemington, NJ that was affectionally referred to as Bartles Corner, Neil and his brothers... View Obituary & Service Information

The family of Neil B. Corona created this Life Tributes page to make it easy to share your memories.

Send flowers to the Corona family.